Historical Perspective of "To Kill a Mockingbird": 15th Amendment 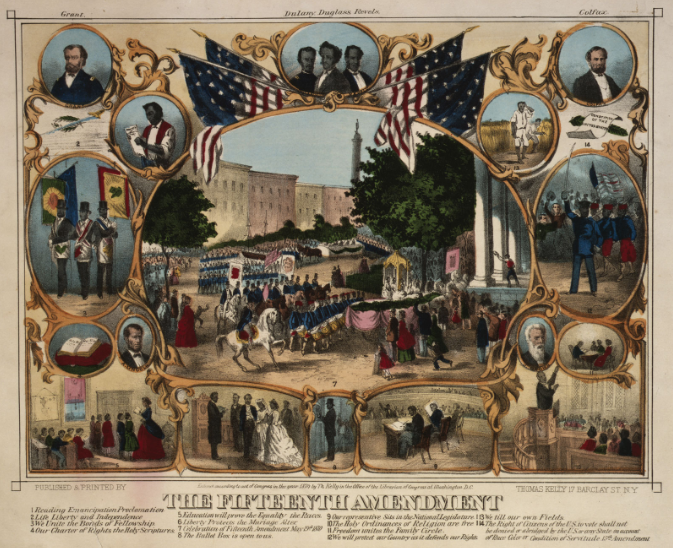 Fifteenth Amendment, amendment (1870) to the Constitution of the United States that guaranteed that the right to vote could not be denied based on “race, color, or previous condition of servitude.” The amendment complemented and followed in the wake of the passage of the Thirteenth and Fourteenth amendments, which abolished slavery and guaranteed citizenship, respectively, to African Americans. The passage of the amendment and its subsequent ratification (Feb. 3, 1870) effectively enfranchised African American men, while denying that right to women of all colours. Women would not receive that right until the ratification of the Nineteenth Amendment in 1920. 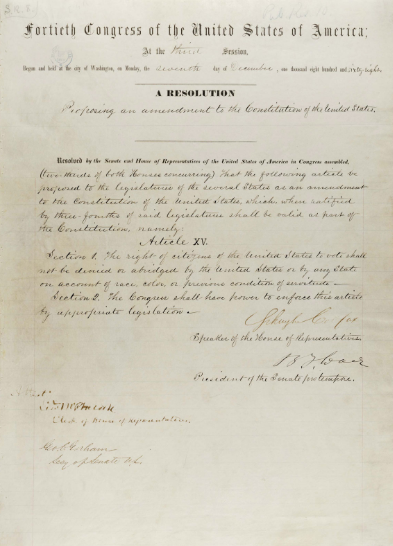 Radical, or Congressional, Reconstruction allowed the most ardent advocates of rights for the freedmen to push forward a program for their political participation. However, even the most aggressive Congressional Reconstructionists realized that the national legislature could not continue indefinitely to control Southern politics. When the day came for the end of Reconstruction, there needed to be a strong guarantee of voting rights for blacks in the South, which had been enforced in the short term by Freedmen's Bureaus or military occupiers. The only sure long- term protection for preventing erosion of black suffrage was a constitutional amendment.