Historical Perspective of "To Kill a Mockingbird": Plessy vs Ferguson

Plessy v. Ferguson, case in which the U.S. Supreme Court, on May 18, 1896, by a seven-to-one majority (one justice did not participate), advanced the controversial “separate but equal” doctrine for assessing the constitutionality of racial segregation laws. Plessy v. Ferguson was the first major inquiry into the meaning of the Fourteenth Amendment’s (1868) equal-protection clause, which prohibits the states from denying “equal protection of the laws” to any person within their jurisdictions. 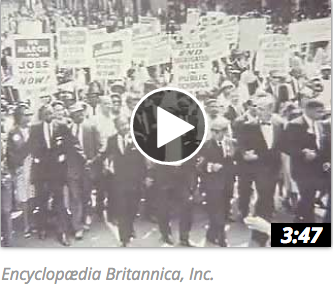 From US History in Context : Civil rights activists struggled for years against the results of the Plessy v. Fergusson decision. Gradually, they achieved results. The armed forces were integrated in 1948. In 1954,Brown v. Board of Education declared that, in fact, "separate but equal" violated the equal protection clause of the Fourteenth Amendment, forcing the integration of schools and paving the way for further gains. The struggle for integrated public transportation would be sparked by another African American who chose to sit in a "whites only" seat on December 1, 1955: Rosa Parks. Until the 1964 Civil Rights Act, public transportation laws restricting African American riders were legal in many states; Plessy was finally overturned, in full, after sixty-eight years.