Short Fairy Tales to Listen to

Here is the story of Goldilocks and the Three Bears

Here is the story of The Gingerbread Man

Here is the story of Little Red Riding Hood

Here is the story of Snow White and the Seven Drawrfs

Here is the story of Cinderella

Here is the story of Beatuy and the Beast

Here is the story of Sleeping Beauty

The Umbrella or Folklore

Many types of stories from the oral tradition fall under the umbrella of folklore.

Legends are tales that have allegedly occurred and feature heroes and their triumphs.

Fables often use animals as vehicles for teaching morality.

Parables are meant to educate, often religious in nature.

Drolls are Japanese in origin; they are usually funny "introductory tales" that are told before a longer story

Grimm's Fairy Tales is a famous collection of German folk tales. Most of them were collected by two brothers, Jakob and Wilhelm Grimm. The most famous tales include "Hansel and Gretel," "Little Red Riding Hood," "Snow-White," "Rumpelstiltskin," "Sleeping Beauty," "Cinderella," and "Rapunzel.” Some of the stories had been previously published, especially in Italy and France.

Between 1807 and 1814, the Grimms collected the tales mainly from friends and acquaintances who lived in and around Kassel, Germany. The brothers published the tales to preserve work they believed was created by the people. The Grimms tried to retell the stories faithfully, but made changes to suit public taste or their ideas about how to tell the tales most effectively.

Jakob Ludwig Grimm (1785-1863) and Wilhelm Karl Grimm (1786-1859) were two German brothers who collected fairy tales. They wanted to publish the stories told by German people in the country so that people would not forget them. These stories had been told for many years, but no one had written them down before.

The Grimm brothers were born in the city of Hanau, Germany. They went to the University of Marburg. For many years, they studied and wrote about the German language.

The Grimms collected most of their stories from friends. They published the first book of fairy tales in 1812 and the second in 1815. Today, their collection of tales is famous around the world.

Find out more about the Grimm brothers here on World Book Online. Use our SAS Databases Username and Password to continue. https://www.worldbookonline.com/kids/home#article/ar836022

Hans Christian Andersen (1805-1875) was one of Denmark's most famous authors. His fairy tales are enjoyed all over the world. Both children and adults read them.

Andersen was born in Odense. His father died when he was young, and he went to a school for poor children. When he was 14, he left school and went to Copenhagen. He nearly starved there while he tried to find work as an actor, singer, and dancer. A friend, Jonas Collin, helped him get a royal scholarship, and he went back to school.

Andersen's first play was produced in 1829. For several years, he wrote plays and novels. In 1835, he published his first fairy tales. At first, they were printed in booklets. Later they were collected in books.

Some of Andersen's stories, such as “The Tinder Box,” were like folk tales. Others, like “The Ugly Duckling,” which tells how something ugly can grow to be beautiful, were based on his life. Some, like “The Emperor's New Clothes,” made fun of the foolish things people do. Still others were stories that explained his ideas.

The stories became popular in the 1840's and made Andersen famous. He met royalty and other writers. He traveled through Europe and wrote about his journeys. Andersen never married, but many people loved and respected his writing. He kept writing fairy tales until his death.

Find out more about Hans Christian Andersen here on World Book Online. Use our SAS Databases Username and Password to continue. https://www.worldbookonline.com/kids/home#article/ar830059 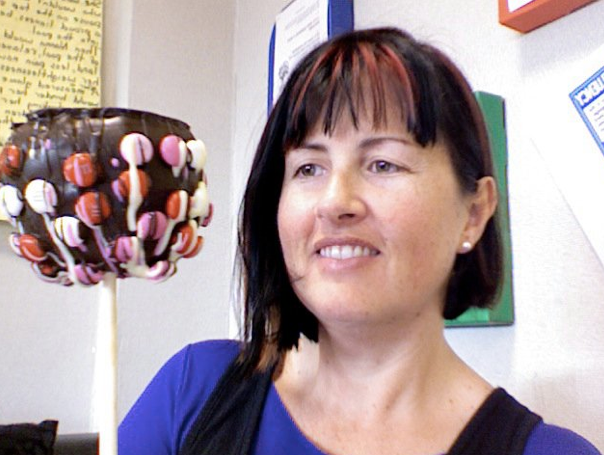