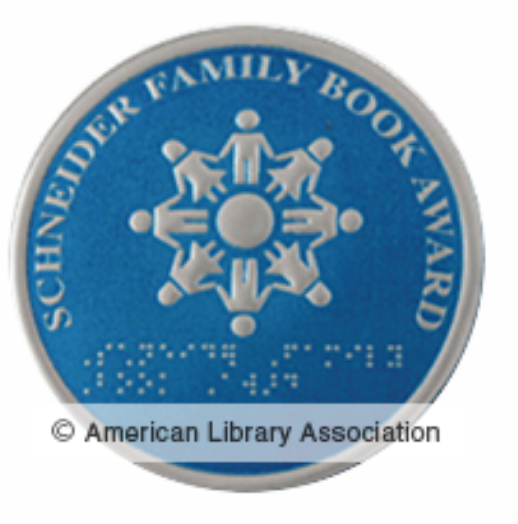 The Schneider Family Book Awards honor an author or illustrator for a book that embodies an artistic expression of the disability experience for child and adolescent audiences. The award is donated by Dr. Katherine Schneider. Three annual awards are presented for the best Teen, Middle School and Children’s Book. The American Library Association administers the Awards, and each recipient receives $5000 and a framed plaque. Winners are announced at the ALA Midwinter Meeting.